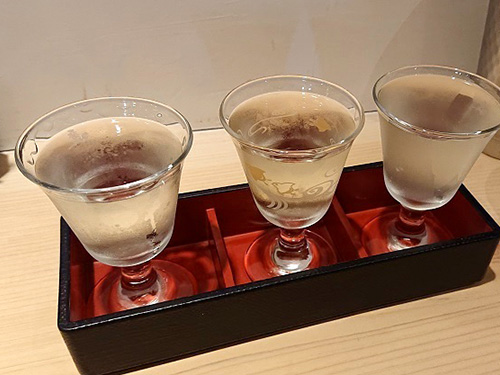 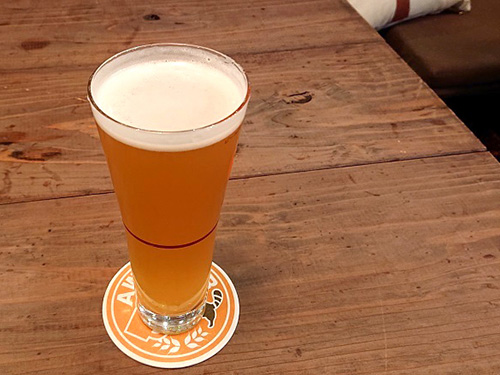 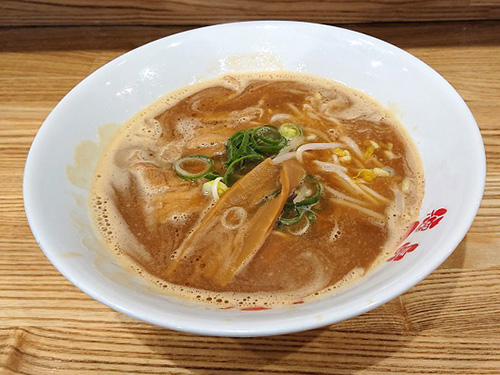 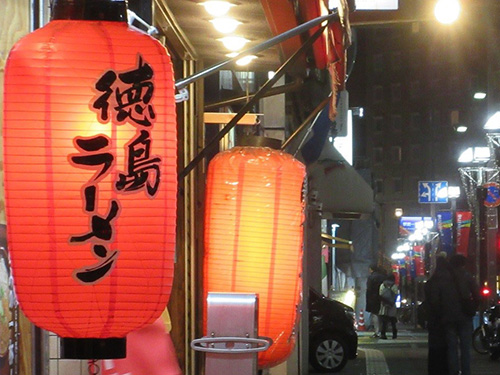 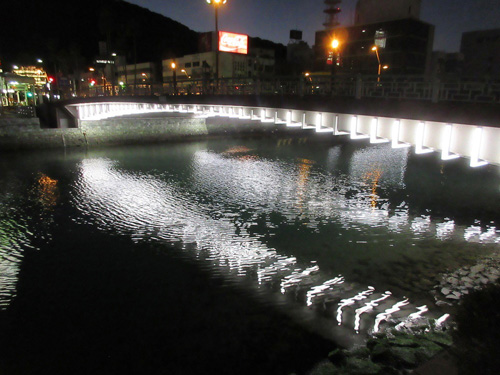 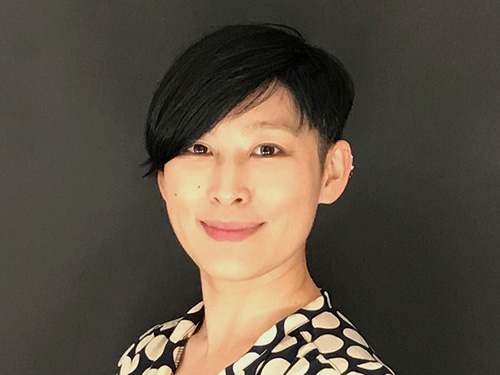 In this tour, we will go to 3 places to taste craft beer and sake brewed in Tokushima, and Tokushima ramen to close the tour.

1. Craft beer brewed in Tokushima
There are several beer breweries in Tokushima and each of them produces unique and tasty craft beer!
Be surprised at its aromatic taste, and maybe you realize that Japanese beer is really good even compared to the American ones!
Let’s have some freshly made beer at the restaurant in the city center.

2. Japanese sake brewed in Tokushima
Sake is often compared to wine in western countries, but actually, there are much more various kinds of sake based on how it’s brewed.
And surprisingly, the taste is different depending on breweries even they are located in same town.
You can try some kinds of sake with small glasses, and learn about the world of this Japanese bevarage!

3. Tokushima Ramen
Ramen is one of the most popular Japanese foods among both Japanese and foreigners.
Most of the time, Japanese finish their barhopping by eating ramen for “shime” (last dish).”
Tokushima ramen is one of the specialties in Tokushima.
Its characteristic points are, pork bones and soy sauce-based thick brown soup, salty-sweet thinly-sliced pork belly and raw egg for the topping.

Just drink and taste TOKUSHIMA!
Also, the walk on Tokushima streets will give you some interesting cultural or historical information of Japan!
Yuuki, the guide will show and explain some interesting spots to see in the center of Tokushima City.

Meeting Point
Let’s meet at the red square-shaped mailbox with small Awa odori dancer statues on it, located in front of Tokushima Station
(you can find it out the main doors of JR Tokushima Station, on the right).
Departs
Wednesday, Thursday, Friday, and Saturday
(basically, required a reservation at least a week before the tour)
Ask for your shorter notice for the tour (might be available).
The tour might not be run during some specific period.
Implementation time
18：00 - 22：00
Required time
3～4 hours
Price（For per person）JPY
JPY 10,000
(*including drinks and foods ( see“ what’s included”) and English guide)
Minimum number of participants
2
How to reserve
On the website
Reservation deadline
A reservation should be made at least 7 days before the tour
(please ask for the shorter notice)
Notes
●Anyone over 18 years old can join this tour, but only those who are 20 years old or older are allowed to drink alcohol by Japanese law.
●There is no need to pay for the guide’s food and drinks.
If you would like to order additional food or drinks, please pay for them yourself.
●The tour might not be able to serve vegetarian or vegan menu items. If you have some foods allergy or preference, please let us know when you make a reservation.
●Please note that this tour could possibly visit the place where smoking is NOT prohibited. Also, as we may have to change the restaurants we go to without notice, please understand.
●Please understand that we must start the tour on time to ensure the best experience for everyone. You will not be able to join the tour, get a refund or reschedule if you are late for the tour.
●The tour will end at the last place we visit, at which point you may leave the group.
●The tour might be canceled in the case of typhoon or heavy rain, so please give us your contact information (an email address we can reach at you during your trip).
Reservations, payment and cancellation policy
●Your reservation will be fixed after we confirm the day and time at which you would like to participate. Please wait for the email informing you that "your reservation is accepted and fixed."
●The payment should be done with cash or credit card only.
●You will have to a pay cancellation charge equivalent to the full cost of the tour if you cancel less than 24 hours before the tour's starting time.
Guide's proﬁle
Hi, I am Yuuki.
Yuuki speaks fluent English and works as an interpreter and translator of English/Japanese with not only Japanese companies but also foreign companies and product designers.
Also, she had been in the U.S. for a year as a high school exchange student.
She has experienced guiding for many sightseeing tours, including the Setouchi Triennale 2019 Official Tours.
Loves movies, beer, travel, and eating goodies, －just like you!